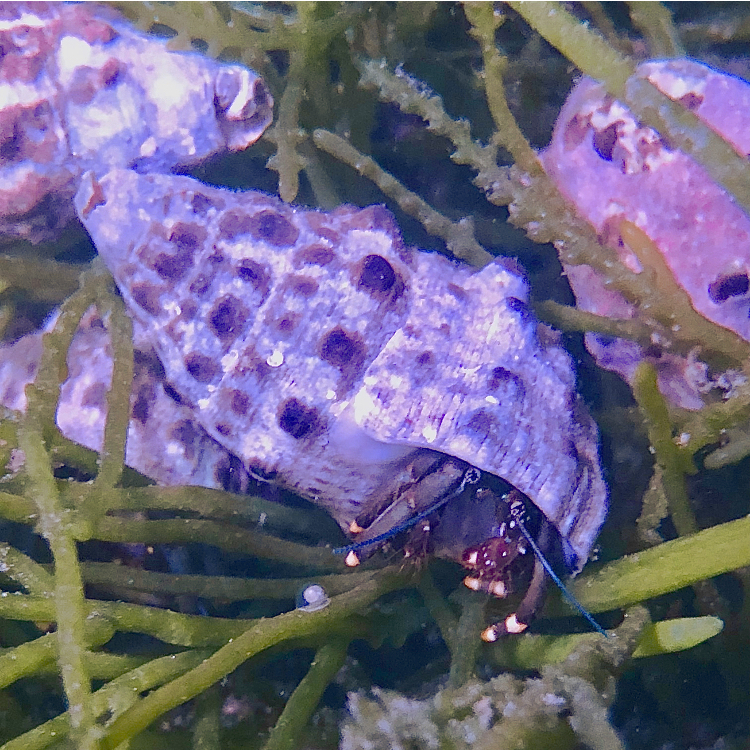 Species Availability:   37
$1.50
Ask a question about this species

The Yellow Foot Hermit is good at removing hair algae and detritus, and fair at removing some kinds of cyanobacteria and film algae from your tank. They will spend their time on the rocks and on the substrate of your aquarium, with a preference for the rocks, at times in clusters of the same species. They are safe to add to most macroalgae planted tanks, but will consume some fleshy algae like Scroll Algae, Halymenia, and Ulva.

This species can grow large enough to inhabit a 1.5" shell, and does well in groups. While they are considered reef safe, they may attack snails for their shells, having extra empty hermit shells available for them can reduce this behavior. The species has variable coloring and even banding, but they all have yellow tipped legs.

Back to: Out of Season